Home Who we are

Gavin Purcell is our company director. 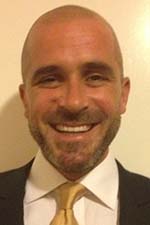 Gavin  is a migrant to Australia from Tipperary in Ireland and has lived in Sydney, Australia now for almost 10 years.
His passion is investing in the American and World stock markets.  He has over 10 years experience with a major US investment bank specializing in Investment Analytics.
With this background, he analysed and invested… Gavin took the opportunity to invest in Australian Wine Exports Limited in 2005 and has worked with other members of the company in developing a platform for a launch into exporting quality Australian wines worldwide.
His vision for the company future involves a focused strategy to connect internationally at the distributor level using the valuable contact base already at the company’s disposal.
The other major goal is on rapidly developing and boosting value for the AWE brand via proactive online and social promotion.

Richard Butler is our Project Manager. 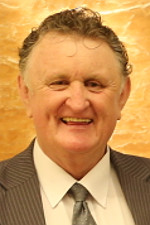 Married  to Janet with five young adult children, Richard is a resident of Sydney, Australia in his late 60s.  He has been invited to be involved in Australian Wine Exports Ltd in the development phase of its relaunch as an international distributor of quality wines.  Richard’s background as a businessman in Australia and New Zealand spans a career well over 45 years in some form of promotion in various industries ranging from hospitality and product distribution, to property development in both residential and commercial projects.  He is also a trade commissioner for the Republic of Vanuatu in which role he has opened trade  markets in America, China and Europe.
Richard’s  main  passion is the establishment of new businesses.  That is, establishing new customers and markets for an existing business and also creating entirely new enterprises and fields of endeavour.  So even though Australian  Wine Exports  Limited was originally established  in 1974 and holds one of the very first 100 licenses to  ever be provided from the Australian wine export authorities, Richard sees the future for the company over the next five years as expanding its operations into new and exciting markets.  For example incorporation of quality wines with smaller franchise distributors in various international locations.   His expertise is needed to establish Australian Wine Exports Limited in this new direction, following  the trail of already-successful highly-recognised Australian brands such as Penfolds, Yellowtail, Jacobs Creek, and Wolf Blass, who have pioneered Australian wine throughout the northern hemisphere continents’ wine drinking markets.

Australian Wine Exports Limited wishes to open and establish  distributor’s funnels defined by areas such as state, provinces and counties rather than the traditional country distributorship model, thus to create a more personal experience in Australian wine consumption.

Richard can be contacted in the first instance on any enquiries with regard to the details of the business plan for possible joint venture investor participation in Australian Wine Exports Ltd.

In another interview, also on the Lifestyles and Real Estate of the South Pacific radio show, Dan Traucki entertained and educated listeners with information on how a new breed of creative Australian winemakers are "reshaping the wine world" with fabulous wines made from non-mainstream grape varieties. (click the player to listen now. 9:38 min.)